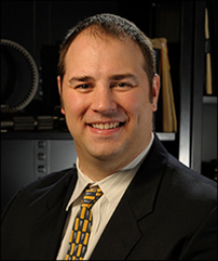 Thomas Withrow attended Harvard University where he received his S.B in Biomedical Engineering in June 2000.

In those roles he leads the undergraduate engineering students design curriculum with emphasis on the mechanics, design and fabrication.

For the past few years he had led the capstone design curriculum across the school of engineering that has culminated in the largest VUSE showcase of the undergraduate engineers-Design Day-the last day of spring term.

His awards received include: The Eagle Scout in the Boys Scouts of America; The Arnold Horween Scholar-Athlete Award at Harvard University; Winthrop House Community Service Award; Winner of the American Orthopaedic Society of Sports Medicine Excellence in Research Award, and many others.

He has also served on several community boards including serving as the Site Leader for the Detroit Project and a member of the ASEE, IEEE and the past director of the BMES.