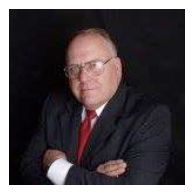 Arts and Entertainment & Government and Military

Sebby returned to Plainfield after graduating from college to teach band, choir and general music at Indian Trail Middle School, where he also started beginning and intermediate strings programs.

Subsequently Sebby was appointed a graduate assistant at Western Illinois University where he earned a master’s degree.

While there he auditioned and was appointed as Commander/Conductor of the United States Air Force Band program.

With the Air Force Bands, Sebby conducted and performed around the world, touring in over 35 countries in the Pacific theater, Europe and Eastern Europe.

Sebby, who won numerous awards for his exemplary musical leadership also served as adjudicator for the Dixie Classics Music Festival in the United States, and festivals in Japan, Hong Kong and Spain.