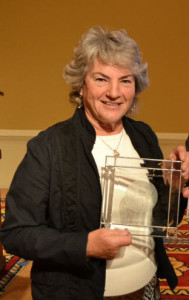 Judy Pilcher Avery has lived in Plainfield all of her life and has a very special feeling for the Plainfield community. Throughout her school years, she was active in choir, athletics and the future homemakers club. Following graduation she attended Illinois State University and worked at Northern Illinois Gas.

In 1963, she married Clyde Avery and helped with the family business, Avery Gravel Co.  She has raised four children and now has 12 grandchildren.

Judy is a strong supporter of her hometown and has dedicated her time, talent and treasure to assure that Plainfield remains an outstanding place to raise a family. She is an active member of the Plymouth Congregational Church and was a parent volunteer when her children attended Plainfield Schools. Judy was a PTA volunteer, a sports booster and a band booster. She received the Indian Trail PTA Lifetime Award in 1982 for her dedication to the school community.

Her volunteer efforts and generosity have had great impact on Plainfield.  In the late 80’s Judy served on the Friends of the Park District Board and in 1997 her family donated acreage for what is now Avery Preserve.  Judy serves on a committee to promote Edward Plainfield Cancer Center and has served on the Will County Community Foundation.

Judy got involved as a YMCA Board Member, a Capital Campaign Committee volunteer and as a member of the YMCA Facility Committee when plans were being made to construct a YMCA in Plainfield. In addition to Judy’s willingness to give of her time as a volunteer, she donated millions of dollars to assure that Plainfield would have a state-of-the-art YMCA facility which would be available to every Plainfield resident regardless of their ability to pay for services.  As a result of Judy’s generosity, vision and hard work, an award-winning YMCA facility, CW Avery Family YMCA, opened in Plainfield in 2006. 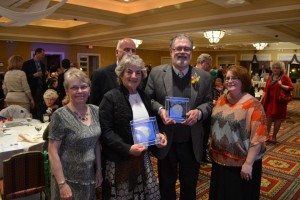